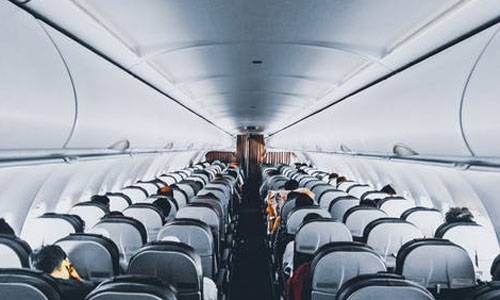 London Gatwick has achieved its busiest ever start to a financial year, as passenger numbers grew by +1.7% in Q1, compared to 2018, as 12.5 million passengers travelled through in the first three months of the 2019 – 2020 financial year.

Responding to the passenger demand for flights to Doha, and beyond, Qatar Airways increased flight frequency from Gatwick, in June, with the carrier now flying three times daily up from 16 flights weekly. This follows the airline celebrating its first anniversary of flying from Gatwick in May.

“Gatwick is achieving robust growth in this Spring / Summer period where airport capacity is already well utilised and I’m proud even in these already busy Spring / Summer months we have been able to achieve yet further growth. Right across all airline types, carriers are starting new routes and increasing flight frequencies.

“We have published the final version of Gatwick’s masterplan, outlining potential options for future growth enabling the airport to make more of the world’s most exciting destinations accessible to more people than ever before while boosting trade and tourism opportunities locally and nationally.”

Gatwick is the UK’s second largest airport. It serves more than 230 destinations in 74 countries for 46 million passengers a year on short and long-haul point-to-point services. Gatwick is also a major economic driver and generates around 85,000 jobs nationally, with 24,000 of these located on the airport.

Since May 2019, a new long-term partnership was formed with VINCI Airports who purchased a 50.01% stake in the airport. This partnership sees Gatwick Airport integrate into the network of VINCI Airports, the leading private airport operator in the world, which manages the development and operation of 46 airports across the globe. Served by around 250 airlines, VINCI Airports’ network handled 240 million passengers in 2018 – including traffic at London Gatwick. VINCI Airports develops, finances, builds and operates airports, leveraging its investment capability, international network and know-how to optimise performance of existing airport infrastructure, facility extensions and new-build construction projects.

Global Infrastructure Partners (GIP), which manages the remaining 49.99% interest in Gatwick, is an independent infrastructure investor that makes equity investments in high quality infrastructure assets in the energy, transport and water/waste sectors. GIP has US$56 billion of Assets under Management. Its 18 portfolio companies operate in over 50 countries with circa 54,000 employees and generate annual revenues of circa US$50 billion.